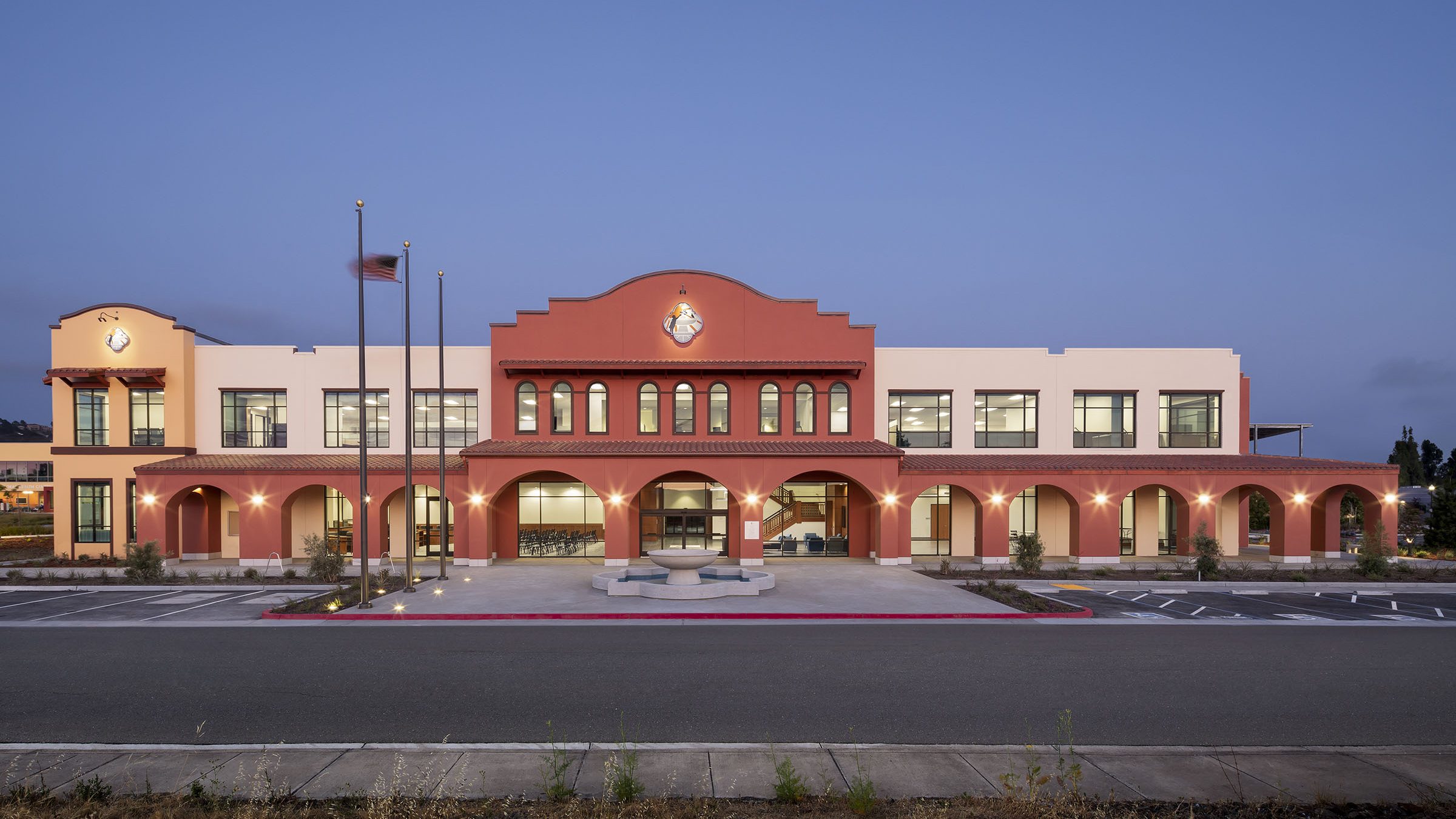 After nearly forty years in an aging and increasingly crowded building, the city councilmembers of San Pablo, California decided it was time to build a new City Hall. The goal for the new structure was to honor the Spanish colonial mission style of the former site, while delivering a contemporary, inviting and functional space for the City’s employees and citizens.

The new building successfully maintains a visual connection to the historic charm of the old site, but was designed to be fundamentally modern from the outset, beginning with its construction methodology. Two-story tilt-up concrete panels form the exterior walls, allowing for faster construction and creating a timeless monolithic look and feel. Open-web steel trusses support the roof, creating an airy, light-filled open plan in which to situate the desired modern workspaces. The LEED Silver-certified project also includes council chambers, community rooms, a commercial kitchen, and EV charging stations. Finally, a thoughtful site design with its tree-lined promenade integrates the building with the larger urban development comprised of the new San Pablo Library, Health Center, and other community facilities. This building and the surrounding landscape is anticipated to become the future civic heart for San Pablo, appropriately dubbed “the City of New Directions.”