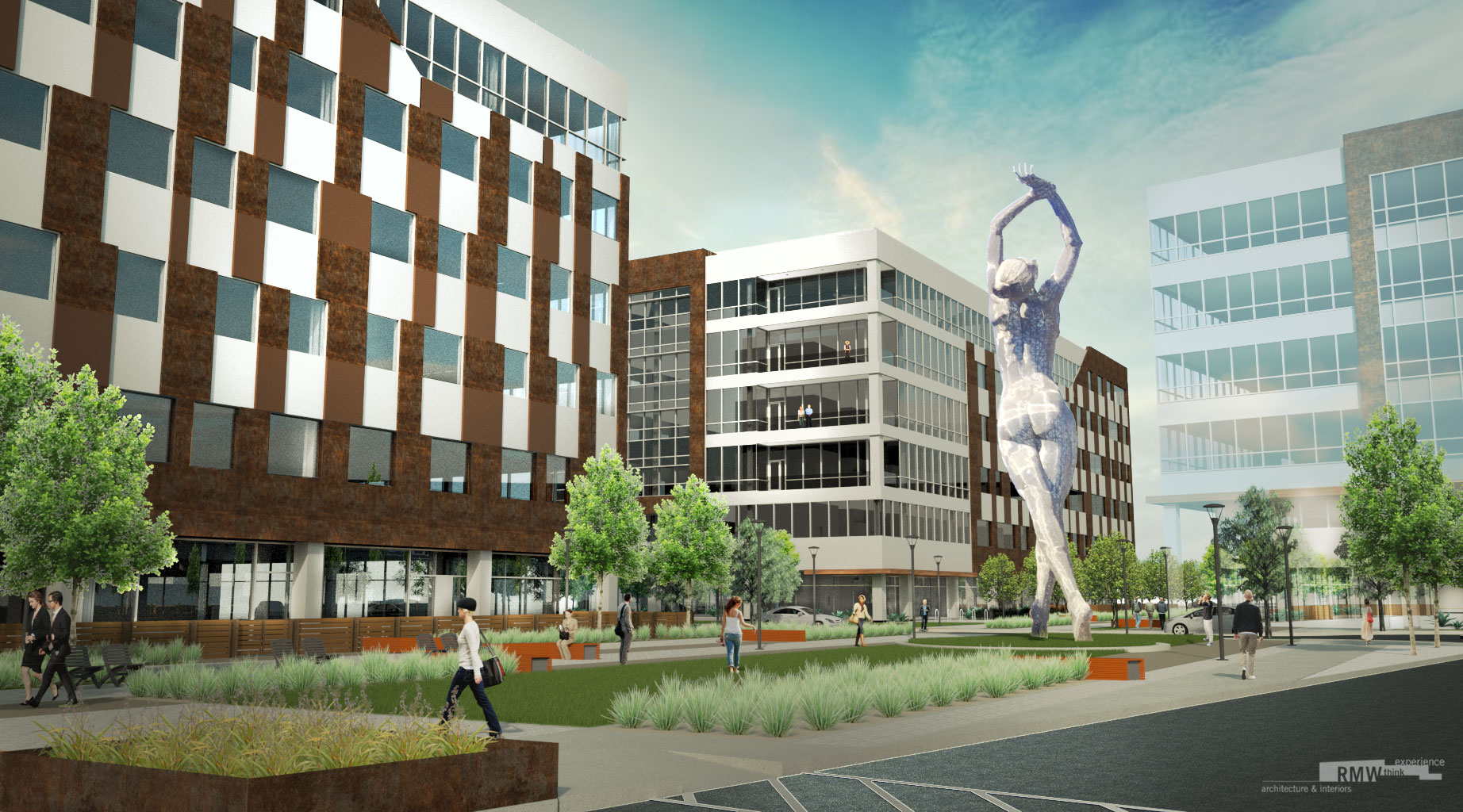 From the East Bay Times to New York Times, to London’s Daily Mail, coverage featuring varied opinions of Truth Is Beauty have inched into our regional discourse and stirred, for some, a deeper appreciation of the impact of public art. BART passengers along the eastern corridor have become increasingly accustomed to seeing the 55’ sculpture along their daily commute, and San Leandro residents have adjusted to the spotlight’s glare with questions on what this will mean for their property values in the following years.

As increasingly more northern California municipalities mandate that 1% of commercial construction budgets be spent on art within the project or as a donation to the city’s public fund, and with appointed committees comprised of lay persons responsible for the decisions and approvals, the challenge rests with developers and end user to push beyond the safe and mundane to source powerful thought-provoking installations. Unleased projects face the greatest lure, donate the 1% or run the risk of dissuading potential tenants by inviting controversy.

Art supports design but is often a financial burden resulting in a myriad of missed opportunities. Whether embed into the architecture or stand alone in an open plaza, the fundamentals of place-making, scale, color, access, and public value may vary by site and project, but when executed well can enrich architectural design, enhance cognitive development, transform a city, and ignite social change. The winning formula, Westlake – a client with a vision, San Leandro – the city that supported the vision, and OSIsoft – the primary tenant and art collectors in the Kennedy family. 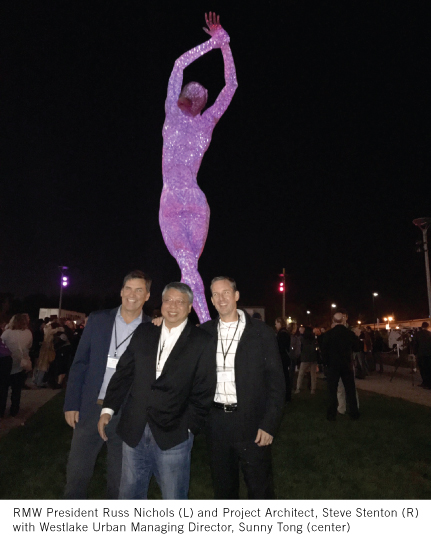 “I also think that the feeling of this one works much better for the city statement because it is very vulnerable to do this pose, but she is huge, she’s much bigger than anybody around her, but it still has that feeling of, I’m open, chest is open, and just open. I hope that that’s the statement that the city wants.”  – Marco Cochrane (artist)

RMW president, Russ Nichols described Truth is Beauty and Westlake Urban Developers as “the perfect storm of good things coming together.” When the project was initially designed, public art was not yet a requirement; not until the final council hearing did the city first enact the mandate. Once Truth is Beauty was established, the project’s plaza and surrounding buildings were reconfigured and the soon to be constructed phase 2 building was redesigned to include open exterior balconies at the northwest corner to enable occupants to experience the sculpture from completely unique views. Currently unleased, the phase 2 building was also designed to continue the backdrop of design innovation and feature the signature terracotta colored Neolith skin with 22,000 square feet of View Dynamic Glass.

The lesson from the San Leandro Tech Campus lies in the collective story of its city, developers, site, buildings, fiber optics, relationship to BART and procurement of Truth is Beauty, all culminating in producing an unintentional masterclass in place-making and public art.