In 2014 RMW was approached to perform tenant development services on the 9th floor of the 118,000-sf nine-story Westlake Urban Headquarters at 520 South El Camino Real. The interior design scope required a structural evaluation to add new rooftop mechanical units, which resulted in the discovery of several seismic vulnerabilities. Further analysis revealed significant seismic deficiencies throughout the building. In response, the client opted for a voluntary seismic upgrade, renovating the entire structure, and transforming the vistas of San Mateo. 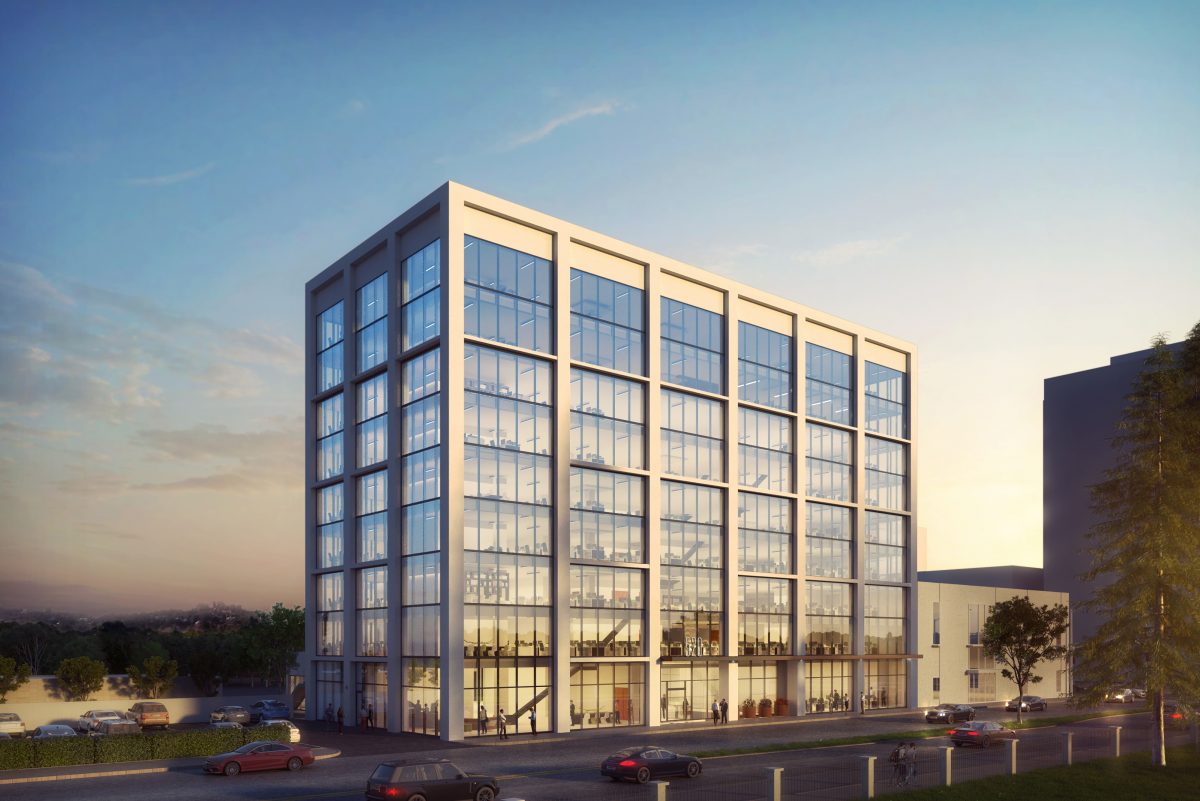 Designing an energy efficient building with less heat gain, while meeting the client’s desire for more natural light and views, resulted in the most (and least) visible feature in the building’s transformation, Inset, self-tinting, energy efficient, thermochromic glass. The new glass façade would not only automatically filter the abundance of natural light to the tenant spaces, but would improve the marketability of the class-A office building. 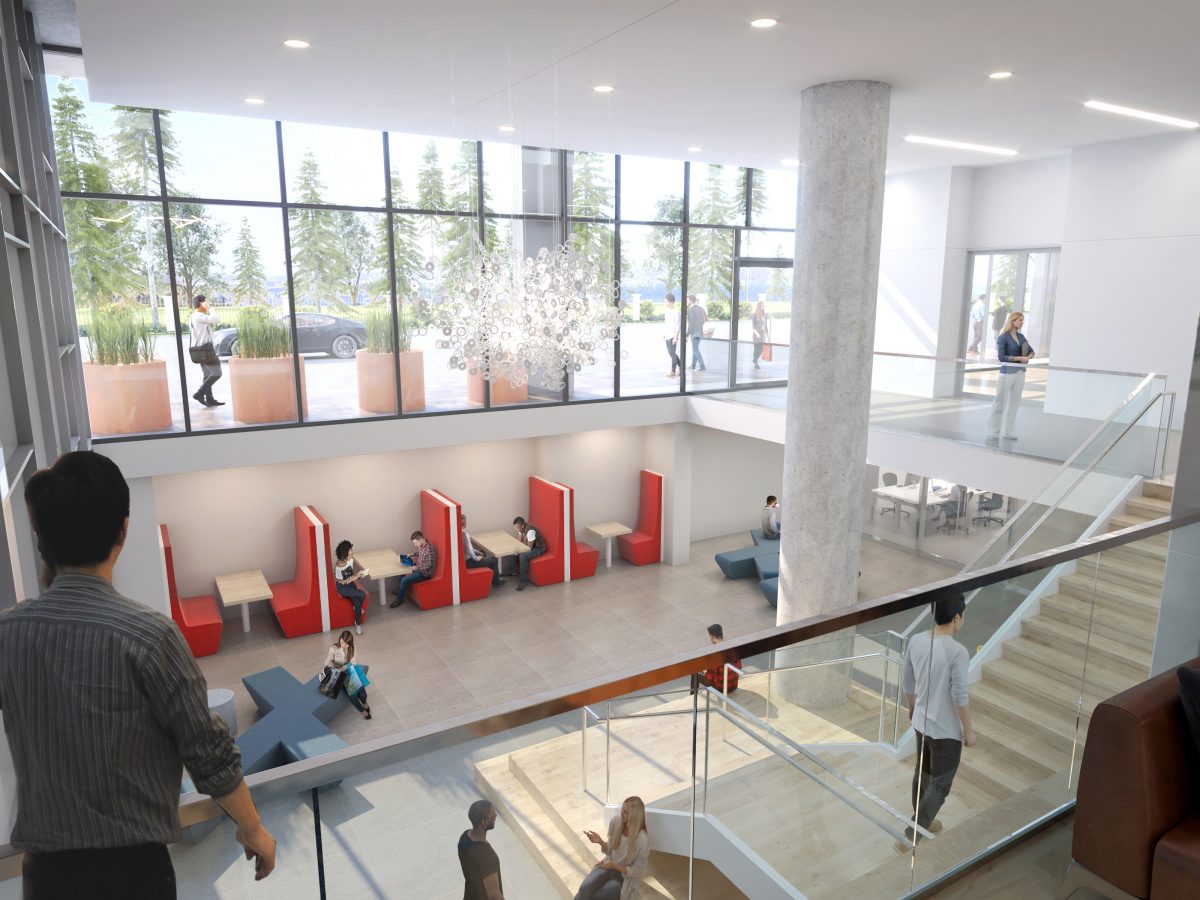 In light of the concrete facade being a structural element, sequencing operations to combine demolition and structural upgrades simultaneously would be critical to successfully modernizing the building. The decision to partially open the main floor to create a 2-story lobby also added another layer of complexity to the demolition. However, transferring natural light to the lower level will increase the value of basement spaces and opportunities for added amenities. 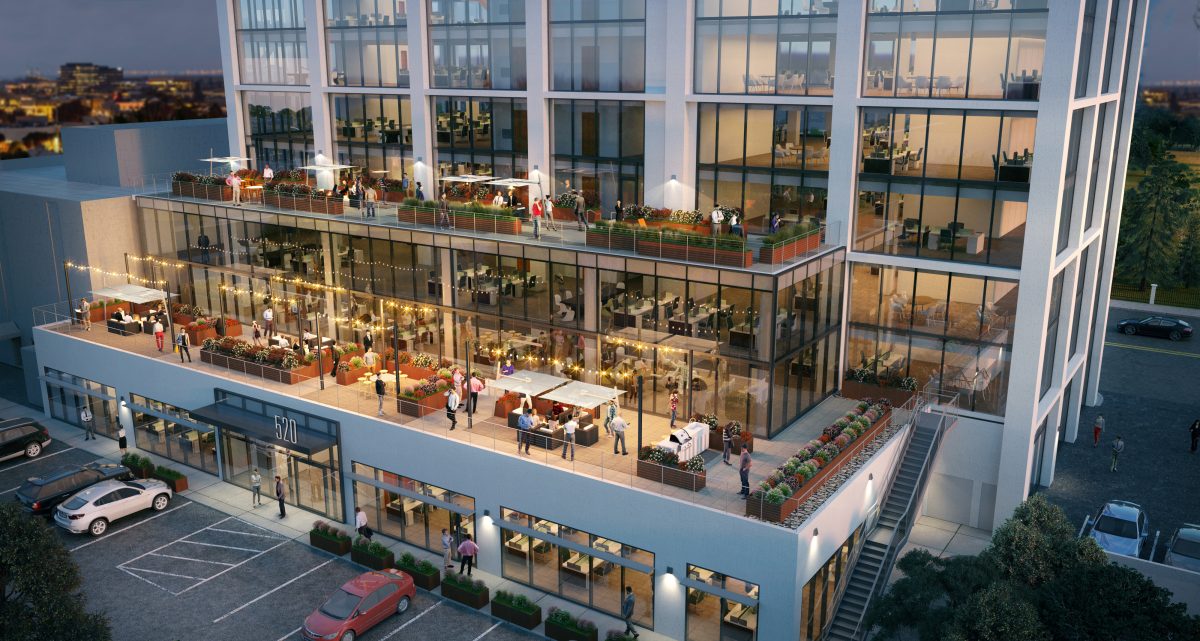 In a creative response to code restrictions on added mass above 55 ft. of the building, a 2-story extrusion will take the place of mechanical and HVAC systems to add 3,500 sf. of rentable space to both 2nd and 3rd floors. The additional office space will also access a semi-public terrace on the 2nd floor and create 3,200 sf. of usable terrace space on the 4th floor, continuing the series of amenities for the building’s tenants.

The $40 million project is scheduled for completion in early 2020.